Página 7
Thus , instead of harvesting 56 million tons , Brazil will get 53.5 million tons of
food this year . In the meantime , in Rio Grande do Sul , despite the fact that the
rain stopped almost a week ago , reports on losses are still contradictory . In
Parana ...
Página 8
The CFP admits that 500,000 tons of that product were affected by the bad
weather . From an anticipated production of 23.4 million tons , Brazil may harvest
22.9 million tons . In view of that more worrisome outlook than last year's ,
Minister ...
Página 56
The Nicaraguan Railways moved 32.7 million tons of cargo and carried 804,000
passengers . In the area of water transportation , the Nicaraguan Coastal
Transport Enterprise carried 111,000 passengers , 95,000 along the Atlantic
coast and ... 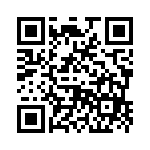