Página 12
The cast iron body houses the firing pin in the nose , while the tail , injected with
aluminum , contains a pyrotechnical charge with flash and smoke , which allows
intensive practice in day and night operations . It has the necessary safety ...
Página 13
The 250 - kilo bomb , unlike the foregoing , has only two housings -- instead of
three - for ringhooks , which allows a double suspension and it uses the two
fuses , nose and tail , which I have already mentioned , its body being of a single
piece ...
Página 15
The assembly consisting of the retaining ring and the contact plug , of factory
design , means a great simplification in loading and unloading . It has a system of
folding fins ( whose size is 150mm ) , which allows its use from tube launchers as
is ... 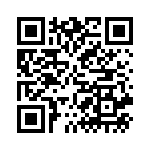