Página 84
... on the other hand, who wanted to have a complacent right wing, doing exactly
what the Christian democrats want. ... and if it rejects violent actions and
maintains the need to advance toward the future "hand in hand" with the Armed
Forces, ...
Página 86
On the other hand, I cannot honestly understand how if a document was signed
in August, explicitly rejecting violence, whatever its source, wherein the
signatories commit themselves solemnly to adapt their conduct, among other
things, to that ...
Página 133
On the other hand, the CPA Board of Directors, which holds meetings every
Thursday at 0830 hours, will keep a strict record of the attendance, work, and
behavior of each member of the APRA parliamentary bloc, through the discipline
... 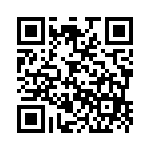