Página
Ileadlines , editorial reports , and material enclosed in brackets [ are supplied by
JPRS . Processing indicators such as [ Text ] or ( Excerpt ] in the first line of each
item , or following the last line of a brief , indicate how the original information ...
Página 67
Manuel Coronel , the deputy minister of agricultural development and agrarian
reform ( MIDINRA ) , reported to ANN that the program calls for replacing , within
a 3 - year period of time , the farm machinery that has been in use for 10 to 20 ...
Página 72
Rice Speculation Hannon reported that speculators now earn more money than
farmers , and while taking fewer risks , He said that I top - quality quintal of rice
sells for a price of 6,000 cordobas , but a merchant gets up to 50,000 cordobas
for ... 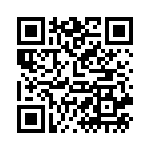