Página 52
Other countries have been supplying arms to Guatemala , Israel , the main
supplier , has already provided the local army with Galil automatic rifles ,
ammunition belts , helmets and at least nine Arava transport planes supplied with
cannons .
Página 54
Every day we learn about new military bases in Nicaragua , about new arms in
Cuba , about the emplacement of missiles on the island , as if it involved making
history or giving an account of that enterprise to be aware of it at least ,
Meanwhile ...
Página 108
The rest of the Executive Council is made up of the following people : Alvaro
Jerez , vice president ; Roberto Urroz , secretary general ; Cesar Avilez Haslam ,
treasurer ; and Fabio Gadea Mantilla , sergeant at arms . Anibal Arana was ... 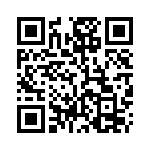