Página 1
The Cuban delegation visited Mexico this week . Today they met with the
secretary of tourism to sign a document setting down the actions agreed upon
during the work meetings of the two countries ' representatives . The of ficials
traveled to ...
Página 64
Because of the expansion of the De Molen flour mill , which will take 2 to 3 weeks
, 35,000 sacks of flour have been ordered , of ... Last week 4,000 tons of urea
also arrived , so that the shortage of fertilizer in rice cultivation was alleviated .
Página 65
During the week of 2 through 8 September , the following articles are expected :
applies , onions , garlic , cheese , salt , white sugar and flour , all of high quality .
With regard to flour , it is announced that a load of 21,000 sacks was imported by
... 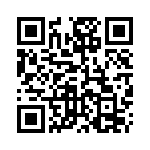