Página 24
The total in 1984 came to $ 4.8 billion , and in approximate figures , it was made up of $ 6.7 billion spent on crude imports , plus $ 142 million spent to purchase petroleum products abroad , minus $ 2 billion earned from exports of ...
Página 94
The Figures State enterprises in the ministry , he explained , were sectorised into three areas -- energy , and energy - based industries ; agriculture , agro - based , and manufacturing ; and finance , transport and communications .
Página 99
In his recent outburst in the House of Representatives , Minister Williams sought to justify the per- .. formance of State companies by , trotting out figures to show there are profits as well as losses , and , all The question arises ... 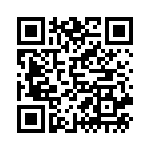