The author has not considered the big picture in discussing his various recommendations for non-governmental institutions. The major flaw in most of these government cure-alls, is that we are all doomed to repeat all our mistakes in the sociopolitical world until wen find a way to control people's inherent greed---greed for money, for power etc. So until there's a fix for human nature, I'd rather be a hammer than a nail.

Edward P. Stringham is professor of economics at San Jose State University and a research fellow at The Independent Institute. A member of the Executive Committee of the Society for the Development of Austrian Economics, he is the editor of Anarchy, State, and Public Choice. 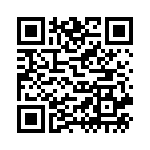