Raymond Tatalovich is a professor and Thomas S. Engeman is an associate professor in the political science department at Loyola University Chicago. 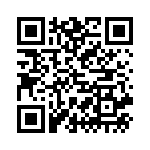