DAVID S. HEIDLER is an independent writer. He is author of Pulling the Temple Down: The Fire-eaters and the Destruction of the Union.

JEANNE T. HEIDLER is Professor of History at the United States Air Force Academy and, along with her husband David, is co-author/editor of Old Hickory's War: Andrew Jackson and the Quest for Empire, The Encyclopedia of the War of 1812, and the award-winning The Encyclopedia of the American Civil War, a Social, Political, and Military History. 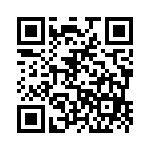