Agustˇ Cerrillo i Martˇnez is a professor of Administrative Law in the Law and Political Science Faculty, Open University of Catalonia (Spain). He is the director of the law studies and of the postgraduate on e-government of the Open University of Catalonia. He holds a PhD (Law) and a degree in law and in political sciences. He has published several books and articles on e-Government and, particularly, on access, diffusion and re-use of public sector information on the Internet. His research is focused on e-government regulation. He is also the team leader of a research group on e-justice.

Pere Fabra i Abat is a professor of Philosophy of Law and the Dean of the Department of Law and Political Science at the Open University of Catalonia (Spain). He holds a PhD in Law and a degree in Philosophy. He was a practicing lawyer for ten years in the field of Administrative Law. Dr. Fabra has been doing research at the J.W. Goethe University in Frankfurt (Germany) and was a Visiting Scholar at the Department of Philosophy at Northwestern University (Evanston-Chicago). He is currently the director of a research project on Transformations of the Law in the Information Society funded by the Spanish Government. With Dr. Cerrillo he led a large study about E-justice in Latin America. He specializes in philosophy of law, epistemology and critical theory. [Editor] 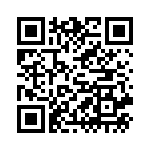