Pįgina 14
The development of prose fiction in America as compared with that of poetry is
characterized by three facts : first , it began later ; second , it progressed more
slowly ; and , third , the novel , story and sketch have much less currency in
Spanish ...
Pįgina 39
The three phases of the work of Eduardo Blanco ( born 1838 ) are , first , the
historical sketch , second , exotic fiction , and , third , the national romantic novel ,
Zįrate . Blanco published a collection of his historical anecdotes and sketches at
...
Pįgina 106
The story or sketch consists of two different episodes : first , of how Don Mauro
stole a woman from her father and brothers and rode off with her amid a hail of
bullets ; and second , “ el lance de la encantada " which is a convincing treatment
of ... 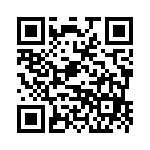