Página 11
In addition to tenuous connections with the independent Left , it has other ,
stronger links with the PT ( Workers Party ] dissidents , composed of deputies
Airton Soares , Bete Mendes and Jose Eudes , a group estranged from the party
and its ...
Página 12
The PT , reduced by the departure of the dissidents to deputies Djalma Bom ,
Eduardo Matarazzo Suplicy , Irma Passoni , Jose Genoino and Luiz Dulci , still
has strong ties with the dissidents , which themselves constitute a small group :
former ...
Página 72
Thus , those who vote for Jesus Lazaro Cavazos , Jose Luis Martinez , Jorge
Trevino and Fernando Canales do so more on the basis of that " combination "
than on the basis of merely the factors in particular . ! The exception is Lucilda
Perez ... 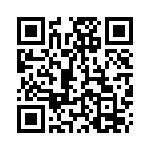