Página 66
Given the prevailing circumstances , the increases do seem fair and justified but it
is also the hope that now Guysuco will be receiving locally , a price that at least
approximates to its cost of production , it will seek to ensure that it does ...
Página 89
... at a total cost of $ 1,278 million . The average cost per unit , he said , was $
118,300 and in that period Government's programme provided for only four
percent of the population and , in 1985 , a possible further one percent may be
served .
Página 112
THE TRUE COST Mr. Speaker , our banks have to recognise that they , too , must
participate in the adjustment to the current economic circumstances . In the first
instance , I shall be leaving the Central Bank to continue its efforts to persuade ... 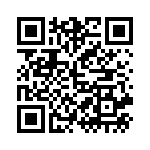