Página 22
Development , he said , requires peace and stability , which must be the prime
objective of the Police Force . The Conference , which ends Thursday , is being
held at the Guymine Sports Complex in Linden . In his opening address , Cde .
Página 24
Twenty years ago , after too long a period of violence , confusion and chaos in
our country , the People's National Congress acceded to Government with a clear
mandate to make a reality of its campaign slogan , ' Peace , Not Conflict .
Página 116
... distribution of wealth , has led sister nations in Central America to terrible
conflicts , which keep their people living in the midst of terror and violence , and
which also represent a serious menace to the peace and stability of the entire
region . 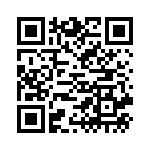