Página 34
He also said that if the union wants to increase the salary of its members , it
should leave the fringe benefits as they are and put the bulk of the money they
are seeking into salaries , Further , he said , a special interest should be taken
with ...
Página 84
The Executive Branch is authorized to legislate the refinancing , restructuring and
rescheduling of payments to service the principal and interest of the foreign debt ,
for an amount of 7,254,000,000,000 sols in 1985 . i The law , which has four ...
Página 112
While the country looks on , indifferent , the political battle aimed at elections that
do not evoke interest goes on . Greater sympathy is aroused by the return of
Carla Pelayo , with no less curiosity about an obscure secretary , Olimpia Pena ,
who ... 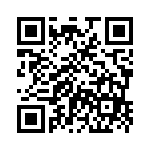