Warning: lots of the F-word in here. Not for the faint of heart in that realm. Raw but real. A great in road into his music if you listen to the albums as he discusses them while telling his story. Leggi recensione completa

remembered i read this years ago on a recommendation from my cousin louis, recalling that louis and i share a favorite scene of bird and miles on the way to a show, riding in a limo with fried chicken ... Leggi recensione completa

Miles Davis is forever the innovator, not only as a musician, but in other realms. His artistic impressions in oil paintings and sketches have drawn critical acclaim and have been shown in galleries around the world. "Sir" Miles Davis was inducted into the Knights of Malta in November 1988. In November 1984, he received the Sonning Music Award for lifetime achievement in music, and in March 1990, his twenty-fourth Grammy Award, this time for lifetime achievement in music.

Quincy Troupe is a poet, journalist, and teacher. He won the 1980 American Book Award for poetry. He has published essays and articles in Essence, the Village Voice, Newsday, Spin, Musician, and many other publications. He was the editor of James Baldwin: The Legacy, and is a professor at the College of Staten Island (City University of New York) and at Columbia University.

The authors received a 1990 American Book Award for Miles. 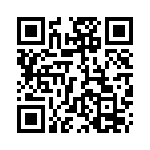